A young kleptomaniac infuses thrill into her suffocating life by using her abaya to steal lipsticks and flash men. An office worker feels empowered through sex, shunning her inhibitions but not her hijab ... until she realizes that the real veil is drawn across her desires and not her body. A British-Asian Muslim girl finds herself drawn to the jihad in Syria only to realize the real fight is inside her. A young Pakistani bride in the West asserts her identity through the hijab in her new and unfamiliar surroundings, leading to unexpected consequences. The hijab constricts as it liberates. Not just a piece of garment, it is a worldview, an emblem of the assertion of a Muslim woman's identity, and equally a symbol of oppression. Set in Pakistan and the UK, this unusual and provocative collection of short stories explores the lives of women crushed under the weight of the all-encompassing veil and those who feel sheltered by it. 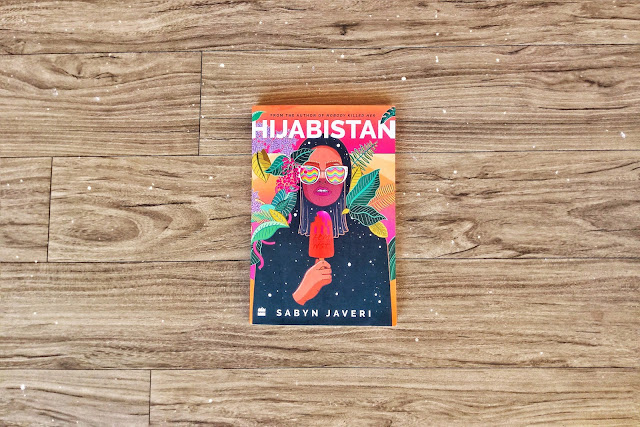 
The cover of the book is beautifully presented. It's a treat to look at. The book contains 16 short stories each having their own significance. The short stories is based on Muslim women and it centers around veil culture. The book is mainly stories of women in Pakistan and other parts of the world.

I really enjoyed reading it in beginning, but after that it was unrelieved in my opinion. I feel like that the writing of the book could be better. Few stories are well written, while some are weak in their narration and flow.Some of the stories were engaging and meaningful yet some lacked explanation.

This book is a light read for passing your time when you’re bored. These stories can entertain you up, when you’re not in a mood of reading a large fat book.