Arjun Singh is an accountant by day and a demigod by night. But he’d rather care about GST than his superpowers—even less so about life himself.
Arjun is about to be murdered by goons and he couldn’t be happier. He’s spent his life waiting for death. Unfortunately, things do not go as per plan. Much to Arjun’s chagrin, he manages to live. But things get a lot worse than a failed death.
Arjun is an accountant but behind this façade he’s protecting his identity as an almost indestructible species of humanoids, a power that Arjun would gladly exchange for a bushel of bananas and a vat of rum. And now some people know exactly what Arjun is capable of.
He’s forced to work for an alcohol baron’s unofficial army, assassinate terrorists and fall into life-or-death battles with a Chinese dragon. What is even worse is that they’ve not cleared his taxes yet.
Combining dark humour with a whirlwind plot—Pawan is a story of a reluctant superhero, the futility of war and a whole lot of rum. 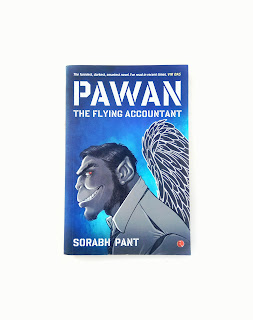