Invisible Walls is about two women, Aparna and Kamala, whose lives run in parallel, though they do not know each other. They dream of a world without walls, but invisible barriers surround and crush them. Kamala reads a book titled Invisible Walls, about Aparna’s life, on a train journey and thus the reader discovers a story within a story. When the narrative begins, Aparna is a student in a university campus in Delhi. She is happy with her close group of friends. Later, constrained in an arranged marriage, she struggles against the confining limits of the invisible domestic walls that tighten around her with her pregnancy. Kamala, also in Delhi, is surer of her ground than Aparna. She is part of what she and her friends call the Fourcentric Gang two men and two women living together, practicing free sex. Kamala finishes reading Invisible Walls when her train reaches Delhi. She sees a pregnant woman being helped out of the train by her irritated husband. Kamala looks at her with sympathy and moves ahead. Their parallel lives move on, without touching each other. 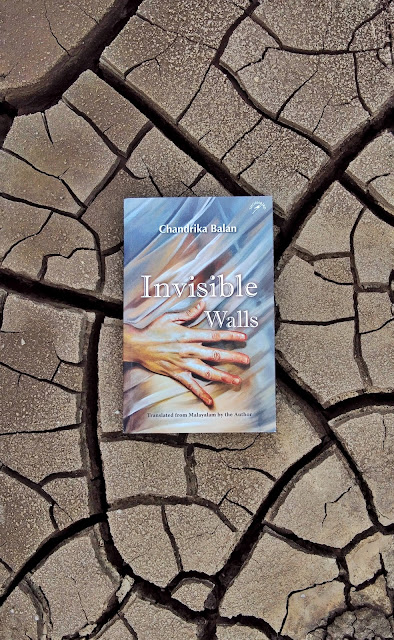