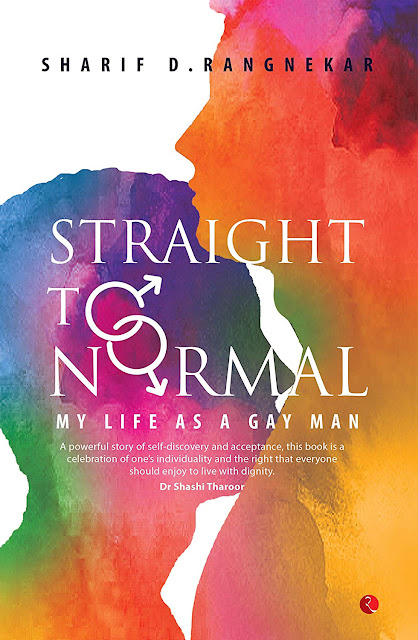 Straight to normal is the autobiography of a gay man who had to battle bouts of confusion, vulnerability, fear, dejection and depression and also unlearn the normative definition of lust, love and everything in between, in order to thwart the desire to kill himself and find a reason to live. Through the twists and turns of hate and affection, love and break-ups, violence and near peace, he finally finds the courage to speak for himself and others like him. After several failed attempts to write this book due to the fear of the law and society, as a fifteen- old gay man who does not want to see a single person losing hope and life, Sharif has written his story where he describes how he gained an identity but lost a near lifetime, looking for love and companionship. Through this book, he hopes that anyone who feels pressure to appear ‘straight’ finds the strength to be who they are.

It’s a lifelong process for most people to be honest with themselves about who they are and be appreciative of all that entails. So the courage it takes to open yourself up to the entire world about that journey and expose your truest self is immeasurable. It takes a very brave and strong individual.

The cover of the book is very bright and eye-catching. The language is lucid and flowy. The book is well-written and well-structured. There are some adjacent stories thrown in there, but it flows well and tells a chronological series of events surrounding his upbringing, challenges, relationships and self-acceptance.

This book is both challenging and life-inspiring and not just for those who struggle with same-sex attraction or care about those who do. It's for anyone who desires to know the reality. Everyone can benefit from something in here and should pick it up.
Email Post