Every tribal land has its own tribulations and the Kasis were way beyond any hope or help, for what they were undergoing was terrifyingly unspeakable. It wasn't any myth or taboo. This one was true. The One God was as real as the White Giants. But, all the suffering and trepidation came from the impossibly aggressive Grey Giants. They were a deformity: a fallen imprecation on the Kasis. Somehow, a sensible Bhirendi, the elderly last of the Kasis, addresses the tragedy and rushes his people into the underground chambers of Ravaial before they are forced to face the wrath of the monstrosities that lately have begun to roll down from the White Mountain. With the situation only getting worse by the moment, the tribes hire a pack of ace hunters from the West. But, one of them freaks out and abducts the daughter of an estranged but once-upon-a-time famous hunter to only earn his ire. The hunters are drawn together into a strangely unwelcome land of doom with their fates sealed under the White Mountain. They soon realise that time is all they have left in the entire world when the Grey Giants begin their vicious play. SUM brings to you, The Alpha Yeti! 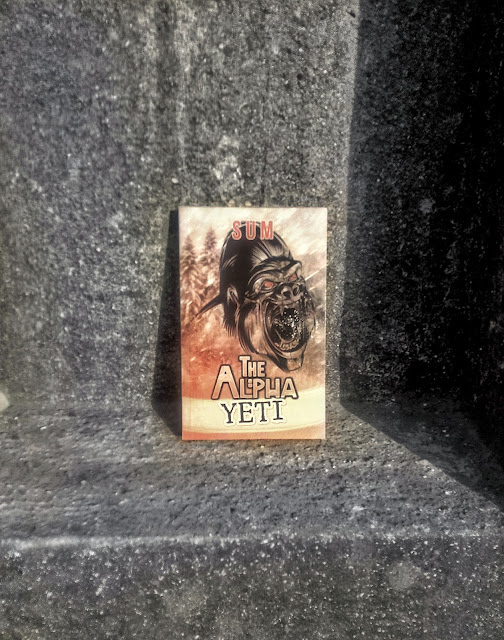 The story takes place at Karya Kunj a small village located at the foot of Nirmalaya mountain range. The plot revolves around a village's tribe Kasis, who are facing a big threat to their people and village from the mountain giant monsters Yetis. There are two types of yetis. The white ones live in peace with the humans in the mountain and they don't trespass into the tribe's dwelling place. The grey yeti is rebellious and fights until it gets what it wants.

The cover of the book is apt to the story and the title fits the story perfectly. The language of the book is good enough. The characterization is done well as you can taste all emotions waved in the story which author wanted to tell.  A couple of the characters and some circumstances in the book were a bit too contrived. The storyline itself was good. The narration style of the author was very detailed and impressive.

I received a review copy of the book from Writersmelon in exchange for an honest and unbiased review.