Born in the quiet village of Shambala, Kalki Hari, son of Vishnuyath and Sumati, has no idea about his heritage until he is pitted against tragedies and battles.

Whisked into the province of Keekatpur, which is under the fist of Lord Kali, Kalki sees the ignominy of death trumping life all around him. He learns that he has been born to cleanse the world he lives in, for which he must journey to the North and learn the ways of Lord Vishnu’s Avatar; from an immortal who wields an axe.

But trapped in the midst of betrayals, political intrigue and forces that seek to decimate him, will he be able to follow his destiny before the Kaliyug begins? 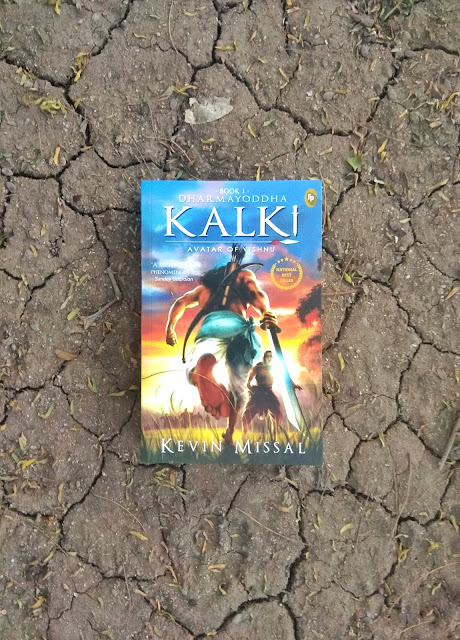 Kalki is a fictional mythological tale of the tenth avatar of Lord Vishnu. The story revolves around two main characters, Kali & Kalki and is divided in 2 major parts – The Battle of Shambala & Rise of Kali. As the story continues, character of the persons also evolves that will leave you spellbound and suspenseful.

The title of the book is perfect and the book cover is eye catching. The narration was good but the editing could be much better. There were numerous errors which can be a distraction to the readers. The pace of the book is really good. Not too fast and not too slow. This book will keep you occupied and the characters will come alive. Highly recommended for all mythological fiction readers.
Email Post
Labels: Avatar of Vishnu book review Dharmayoddha Kalki fiction Fingerprint Publishing! Indian author indian blogger Kevin Missal mythological fiction mythology