A small princely state in Rajasthan is the last bastion of resistance against the might of the British Empire. While unrest surrounding the sudden death of the king of Devangarh grows, young prince Rudra Pratap Chauhan prepares to ascend the throne.

But the kingdom is in turmoil. The Devangarh army is outnumbered and the British forces are closing in. To make matters worse, Rudra discovers the king’s death may not have been accidental after all. The strange appearance and disappearance of a mysterious hooded stranger and a series of ritualistic murders in which the bodies have been drained of blood, spread panic across the realm.

As Rudra struggles to manage his new responsibilities and investigate his father’s death, dark secrets will be uncovered that will disrupt life as he knows it. 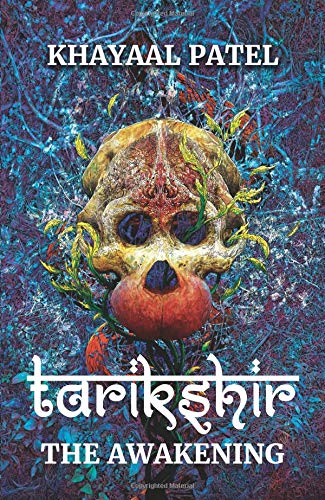 The story starts with Valikesh who managed to survive the war between Lord Ram and Ravan's army, has come to explore the ruins of the Palace of Ravan  in order to find some treasure. The plot then moves to the year 1826 and a kingdom called Devangarh. The story continues with the British era around the kingdom Devangarh in Rajasthan. Devangarh is the only state left against the British Empire, the others have sworn allegiance to the East India Company. The story revolves around the kingdom of Devangarh, how young prince, Rudra Pratap Chauhan is left to rule the kingdom after the sudden death of his father. This story is a beautiful blend of mystery, thriller, suspense, and action. The pace of the book is fast you will not want to put it down till you finish it.

The book is a mix of historical fiction and mythology. The writing style of the author is amazing. It doesn't seem like a debut novel. The language of the book is very simple and understandable. All the characters are mysterious in itself and have blended with the take. The narration and language used is fine tuned for the readers to grasp the entire plot. It is full of suspense, twists, turns & surprises. I wasn’t sure what to expect from this story after I read the blurb. But once I started reading it, I couldn't put it down.