Men and Dreams: In the Dhauladhar by Kochery C. Shibu | Book Review

A hydelpower project in the remote Himalayas. Three people brought together by fate. Nanda, an engineer from Kerala at the dam construction site hiding from his past, from the law, torn between the love of his dear ones and the traditional kalari code of revenge. Khusru, a boy displaced from his native village in Kashmir, a gambit in the terror plot threatening to blow up the dam, working as a labourer at the site. Rekha, a Kathak dancer in heart, a doctor by profession, arrives at the campsite as the consort of Khusru. A village that accepts the dictates of modernity with a heavy heart, its population steeped in superstitions and religious beliefs.

All throng the campsite like moths to a flame, some escape untouched, successful; some, miss a step, and perish. Each has a story to tell and a dream to realise. Men and Dreams in the Dhauladhar is about the aspirations of these people with their cares and worries woven into the site life. The fury of nature and the hardships of project life have no mercy for the weak and no time for the dead. Like an eternal spectator the Dhauladhar watches as men risk life and limb in a quest to fulfill their dreams. 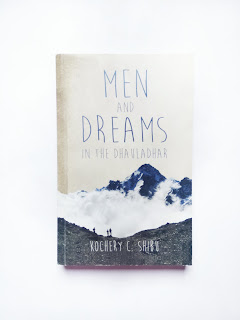 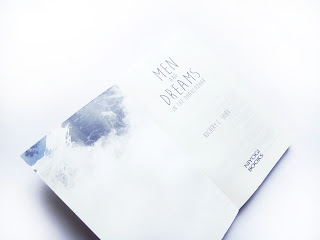 The author takes you to the amazing journey in the mountain which appears do magnificent. The author must have done extensive research to write this book and the same reflects in the book. His style of writing is skilful as he beautifully weaves the lives of three very different people with different dreams together.

Each and every character’s past is talked about and discussed. This makes the story very descriptive. If you are one of those people who love details of everything then this book is for you. There were numerous characters which had their own subplots cause if that it was difficult to keep up for me.

It's story about construction of a dam and various characters involved. The story is complicated, yet different from what is generally offered on the reading platter these days.