He explained, “Arjuna’s egoistic evaluation of himself as the greatest warrior was being put to test by this fratricidal war. To keep his honour and prestige intact, he was anxious to attain a victorious outcome. When he saw the vast Kaurava army, Arjuna feared defeat since their army was considerably smaller. He mistakenly assessed the fratricidal war wherein he desired a personal victory to establish his supremacy in that era as the greatest archer. He perceived himself: a single ego, fighting with other individual egos. He forgot the all-important dictum that it was one army fighting another one, wherein the cause was a glorious one since Lord Krishna sought to redress the skewed balance between Dharma and Adharma.” “In this war, neither was personal egos being assessed nor were personal issues to be sorted out. Everyone had to temporarily lose his or her egoistic individuality and merge to form one army. There are many different facets of Arjuna’s despondency. Lord Krishna silently heard every logical and convincing argument put forward by Arjuna. Arjuna was confused by Lord Krishna’s unflinching silence. The mental crisis that besieged the powerful personality of Arjuna completely transformed him. He portrayed a bewildered and confused personality, overcome with grief at the thought of committing the felonious sin of killing his clan. He loses his basic self-confidence as his traumatized nerves denounce the occurrence of a fratricidal war. His neurotic mental condition portrays a restless mind which involuntarily seeks the human frailty of escapism.” “Diverse complicated situations that life offers to us, continually is subtly comparable to a conflict on the battlefield. When you delve deeply into the subtle nuances of Lord Krishna’s philosophy, you may find yourself caught in a moral battle between Dharma and Adharma, which often strain familial relations. We have to accept every external crisis as an occasion to enhance our inner life. 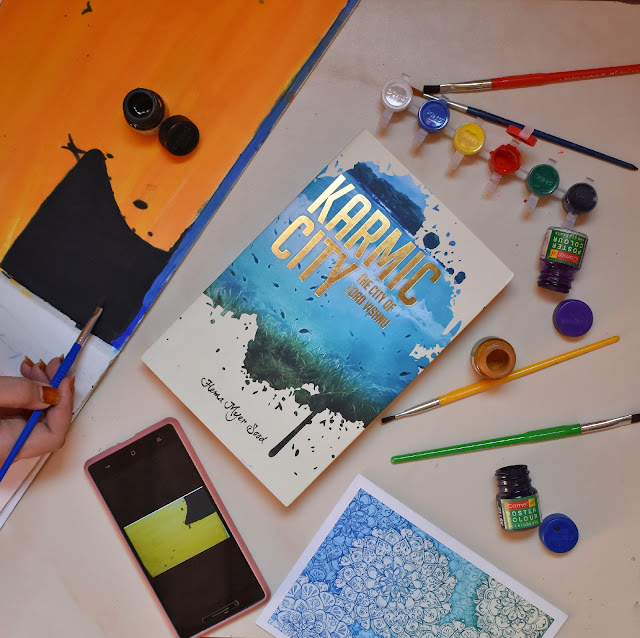 This is the second book in the series and I love how the story picks up from the first book but it's also a stand alone, if someone missed reading the first book. This book goes into depth on topics like human aura, karmic balance and many more. This is quite a unique story, part instructional non-fiction, built around the fictional account.The language of the book is simple and the author has done a great work.
The narrative is very interesting which does not let you keep the book down until you complete it. The way author has been able to integrate the characters in the series is applaudable. The reader learns them along with the characters, and that is what I think makes this book totally unique. It is interesting and keeps your attention, and is also so worthwhile as it challenges and encourages you wherever you are in life. I highly recommend it!
at May 12, 2020