He meditated for some time, seeking higher guidance. He declared, “Aditi, I am acknowledging your power and appreciating your magnificence. You are a soul of light, inherently divine, capable of merging with the Higher Self.” Aditi swallowed the lump that came to her throat as tears pricked the corner of her eyes. Her hair stood on end and her breathing momentarily stilled and she wondered whether she had heard him correctly. He smilingly explained, “The first word is acknowledgment. Aditi, you have to admit to yourself that you are worthy and you have the power. The second word is appreciation and you have to like that about yourself. Most people feel shy when praised; they hide it or pretend that it doesn’t exist. “The third word is magnificence because every soul of light is magnificent in his or her way. Power is simply acknowledging that you are worth it and you are an illuminated being of light. Lack of confidence is an imbalance of power. So, a true leader is all-powerful but does not intimidate or exercise control over others. He wields command for the benefit of all, seeing the whole picture and the individual. His perception is not at the expense of the individual. However, he sees the individual and the collective together, never ignoring the cry of one in the crowd.” “Since the higher energies of 2014 entered Planet Earth there have been huge dimensional shifts. There have been subtle changes in the inter-galactic vibrations that positively influence Planet Earth. The first indication is the unusual climatic changes in different parts of the world.” He said, “Aditi, most of the mountainous regions on earth have been activated in 2014. They are now emitting a new musical high-level frequency.” , “These frequencies are beyond the hearing ability of the human ear. I have earlier spoken to you about our spiritual organs; the spiritual ears can assist us. A new musical grid has been created around the earth. 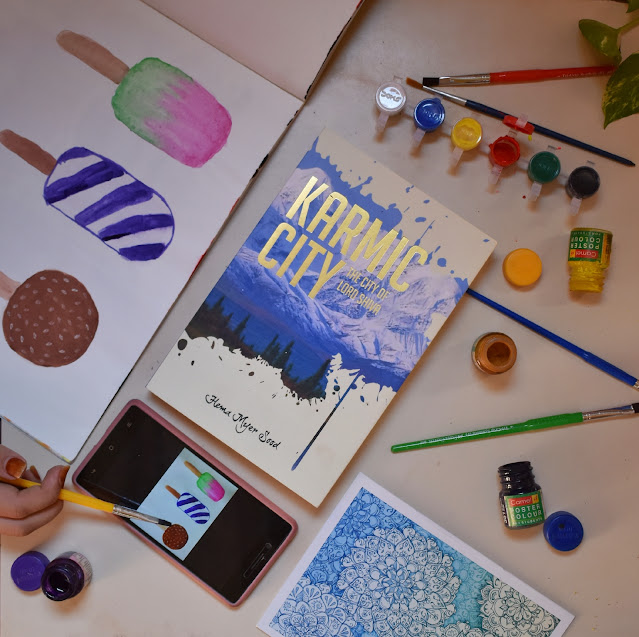 This is the last book of trilogy Karmic City: The City of Lord Shiva. The book is divided into two chapters. The author has explained different levels of consciousness just like in the other books. The pace of the book is good. Not too fast and not too slow. Since I am familiar with the author having read previous two books in the series she has written, I knew this book would not disappoint. She has done a great job explaining each and every concepts in a very simple manner.

The writing style in this book is simply exceptional. I read a few pages chapters the first night I opened it and it was really challenging to put down. The next day I picked it up and felt compelled to finish the whole book in one sitting, as I was so drawn into it. The writer did an awesome job with character development which can kill the book or make the book. And the ability to tie in everything just makes it more intriguing. This is a book for anyone that wants to embark on a special journey as well as reading for gaining more knowledge about it. The book is listed as the 3rd in a series, but it works fine as a stand-alone novel too