The Aunt Who Wouldn't Die by Shrishendu Mukhopadhyay | Book Review

Is Roshomoyee actually dead? What does she want from Somlata? Who is Boshon, really? And what does the jewellery box have to do with all of this? 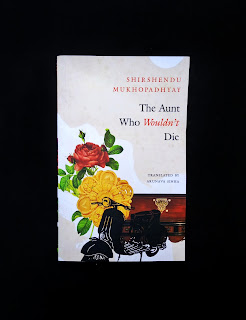 
Arunava Sinha translates classic, modern and contemporary Bengali fiction and nonfiction into English. Thirty-one of his translations have been published so far. Twice the winner of the Crossword translation award, for Sankar’s Chowringhee (2007) and Anita Agnihotri’s Seventeen (2011), respectively, and the winner of the Muse India translation award (2013) for Buddhadeva Bose’s When The Time Is Right, he has also been shortlisted for The Independent Foreign Fiction prize (2009) for his translation of Chowringhee. Besides India, his translations have been published in the UK and the US in English, and in several European and Asian countries through further translation. He was born and grew up in Kolkata, and lives and writes in New Delhi. 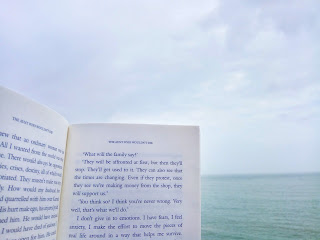 The writing had me gripped from the first page and I couldn't put it down. The language is fluid and perfectly captures the nuances. While reading the book, I often wondered, how it would sound in the language it was written in. The storyline was interesting and the characters and personality made me connect and kept the pages turning.

It is one of those books you think about when you're not reading it. I think that the translator Arunava Sinha deserves special commendation for his efforts. There is no part of the book where I felt that the effort is half-hearted.
Email Post
Labels: Arunava Sinha bee books book blogger book review indian blogger Shrishendu Mukhopadhyay The Aunt Who Wouldn't Die