Bindy Mackenzie is the smartest – and kindest – girl at Ashbury High. She likes to share her knowledge of common teen anxieties and offers lunchtime advisory sessions in a relaxed setting (the locker room). But then Bindy discovers that, despite all her hard work, NOBODY LIKES HER! It’s time to banish benevolent Bindy – and release ruthless Bindy instead.

Bindy records every moment of her new rebellious life in a project – from The Philosophical Musings of Bindy Mackenzie to extracts from her essays. But her scrapbook is also the key to a bizarre mystery – with Bindy herself at the centre. Only her friends can help her now. If only she had some. 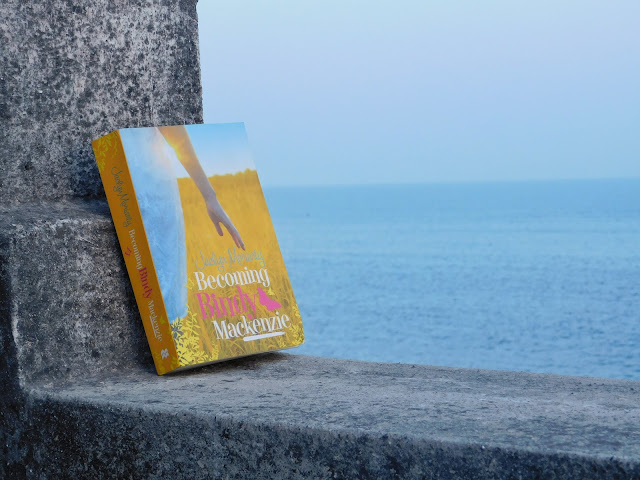 This book is about Bindy Mackenzie. She is the kind of person that you love to hate, but throughout the book, you begin to feel sorry for her and sympathize with her. She is a good person, kind and caring, but she has never learned to openly show it and in trying to be helpful, she often just comes across as mean.

I can't exactly relate to Bindy, but it's always interesting to get into the head of an outcast. The writer did an awesome job with character development which can kill the book or make the book. It wasn’t draggy, you found out who each character was and how they fit into the story and each one was memorable.

This is a great story for illustrating how hard it is to grow up and what it means to be compassionate and forgiving. The book is listed as the 3rd in a series, but it worked fine as a stand-alone novel.
Email Post
Labels: Becoming Bindy Mackenzie book blogger book review fiction indian blogger Indian book blogger jaclyn moriarty ya young adult