A boy, weighed down by his past, torn between love and righteousness, seeks redemption, from his past, from events that spiralled out of his control. 'Images' tells the story of 'Jonah Daniel', through his own eyes. Though he is a normal teenager, he is one with a 'not so normal' past. 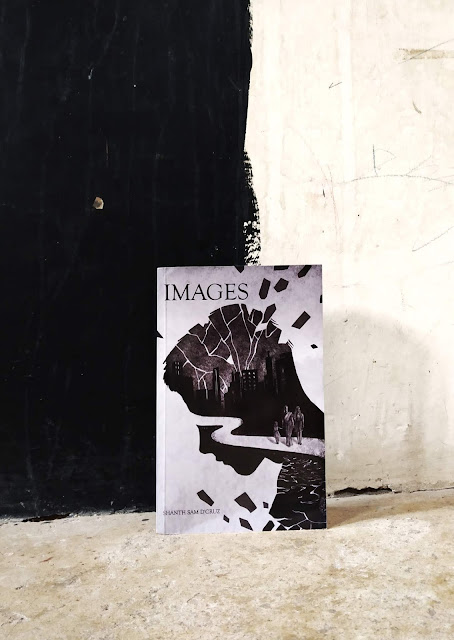 The novel begins with a cherished memory of Jonah, a football match he played at school, which turns out to be the last memory he ever had with his Mom, Helen. The loner that he already was, the loss of his Mom, pushes Jonah further into deep corners of introversion.

Feeling that, a change in surroundings would help him, he joins another school, and this is where the next part of the tale begins. He meets some very special characters.

Badrinath, the intimidating but sympathetic badass, who becomes Jonah's friend. Vaiga Ranganathan, the girl about whom Jonah once wonders, the number of traits she has in common with Helen. Kritika, the senior girl, who always turns Jonah on. Jannat, a 3-year-old beauty, whom Jonah later calls, 'the light of my life'. Though Jonah never realises it, whatever had happened in his past, has always been a part of him.

The way he thinks, the manner he feels, the demeanour with which he treats people, the kind of folks he is attracted to.The past has been leading and guiding Jonah for a long time, even without him knowing about it. The eventuality of an incident which Jonah could not prevent, finally brings his past onstage, which had been controlling him from behind the curtains for ever. How he deals with his past? The answer to this question, forms the crux of the story.

The book is about the story of a teenager named Jonah Daniel who is trying to deal with grief and loss from the past. The blurb of the book drew me in immediately and I thought I was going to be in for a fantastic read and it was one for sure.

The title is apt and fits the story perfectly. The language of the book is simple and easy to read. The theme of the story is unique and you may not leave the book without completing it. About life and how one accepts time and situations. The characters are well balanced and limited in number. Adding to it, the chapters are not so long, making it easy for the reader.

Inspite of being a lengthy book it's really interesting and gets one hooked immediately. For a debut novel, its a good one time read. I would definitely recommend it to all the book lovers, and definitely a try from the new author.
Email Post
Labels: book blogger book review Images indian blogger