The Peshwa: War of the Deceivers by Ram Sivasankaran | Book Review

Seven years have passed since Peshwa Bajirao Bhat annihilated the Nizam’s armies at Fort Mandu. The two forces have been engaged in attacks and skirmishes ever since. Acting on the advice of his right-hand man, the mysterious Anaamik Dabhade, the Peshwa now sets about laying a trap to truly ensnare the Mughals, and break their might. 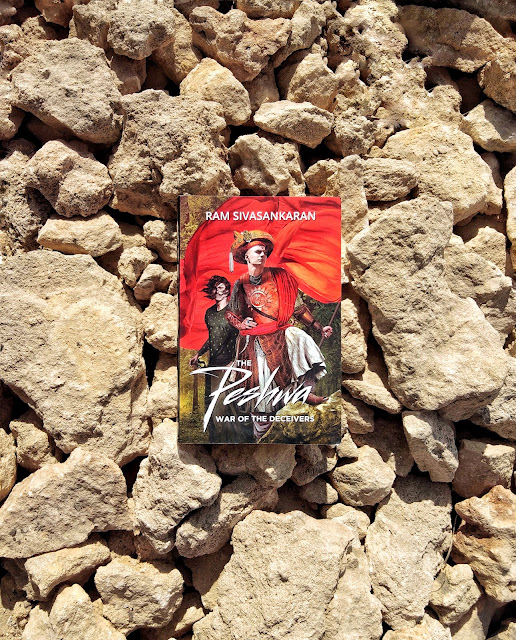 The Empire, of course, has methods of its own. And Nizam Ul Mulk is itching for an opportunity to exact revenge of the formidable Bajirao. With assassins, saboteurs and criminals infiltrating the Maratha lands, the Mughal Empire scores as many victories in the night as the Peshwa does during the day.

Meanwhile, in the far reaches of the country, set ablaze by the never-ending conflict between these major powers, a Sikh warlord, a Rajput king and a Bundela princess find themselves increasingly tangled up in the endgame that will determine the very course of history. It is a battle of wits and skill, and the greatest deceiver of them all will prevail.

The book is second in the series and the Peshwa. The story continues 7 years later from the point where Bajirao defeated Nizam. The story revolves around Bajirao Peshwa, Nizam of Hyderabad (Nizam-ul-mulk), Amarsingh of Khalsa territory, Chatrapathi Shahu, Kashibai – Bajirao’s wife and Rajkumari Mastani of Bhuendalkhand.

The way, entire story flows truely inspires to go and watch Bajirao Mastani. The writing is an amazing blend of fact and fiction. The storyline is quite fluid and keeps you excited for more. The descriptions of the battle scenes are very vivid and the characters lifelike.

The pace and storyline is good which makes the book a good bestseller. The novel doesn't bring boredom despite being a historic fiction. Overall the book is a captivating read and those who are interest in historical fiction will definitely like it. I received a review copy of the book from Writersmelon in exchange for an honest and unbiased review.
Email Post
Labels: bajirao bajirao mastani book review historical fiction history mythology peshwa Ram Sivasankara The Peshwa War of the Deceivers