Rakshit Singh, a young and upcoming politician, encounters a rebellious Rani aka Radha in an upscale brothel, Temple Bar. Intrigued by Rani's personality, he wants to know more of her. Radha tells him that she was found by the brothel owner in a semi-conscious state and that she's lost her memory. Distressed by her plight, Rakshit asks her to be the governess of his motherless daughter, Neer. What Rakshit does not know is that Radha is using him to avenge herself against the man who destroyed her life. Fraught with danger, daring and deceit, this racy novel recounts a tale of love, loss, and loyalty in lives that are curiously entwined with one another. 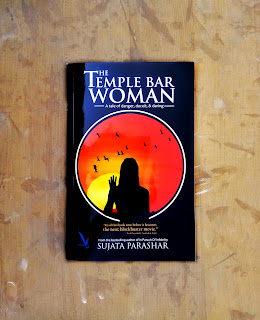 
The story had every element a good story should have. An exciting plot, attention to detail, but best of all fleshed out, well-written and well-rounded character development. It’s a political thriller about a woman who was abducted for a flimsy reason, used and then left to die. The plot was well paced and the characters were life like and interesting. The storyline itself was good. Though it took me a while to figure out what was going, still it kept me from backing off, because it had a pull of mystery.

I would recommend it to everyone. I am looking forward to read more books by Author. Thanks to Writersmelon for sending me this book in exchange of an honest and unbiased review.
Email Post